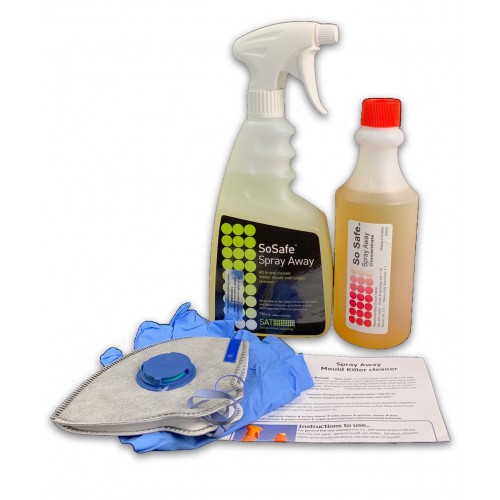 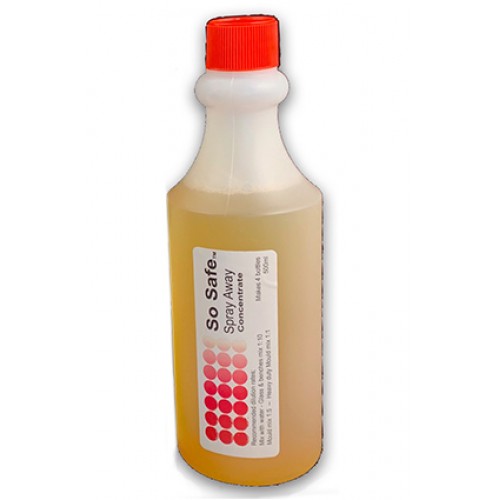 Great for another 4 refills.**

Kills Bacteria & Mould  SAVE $$  when buying this kit!

Concentrate (makes 4) + Included pre-Mix, is equivalent to 5x 750ml cleaning sprays (without the extra waste of containers. you add the water)

The majority of surface cleaners and mould removers on the market are typically chlorine or bleach-based. Cleaners with this chemical base shorten the life of the surface fixtures. Above are two images illustrating the damage a typical cleaner causes to nails & screws in 72 hours in comparison to the Spray Away cleaning variant. Furthermore, the SoSafe cleaner used indoors also provides up to 12-month protection against future Mould & Bacteria coming back.

Note: Shower grout mould will be killed by Spray Away, to rid of persistent black stains after scrubbing, leave the product on for 2-3 hrs or more, use a safe stain remover. The mould will be dead.

Option One  For Mould & Mildew removal on grout.

1. Spray on surface and leave for 5 minutes. 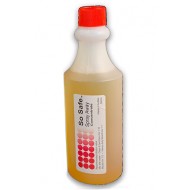 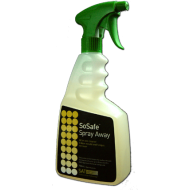 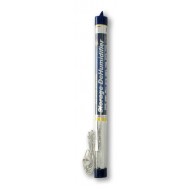